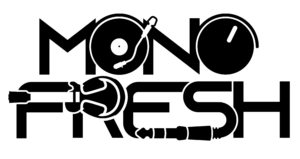 MONOFRESH (former Prince G) was brought up in Amsterdam, the Netherlands.

At the age of 13 he started to play drums in the church for gospel choirs and by the time he reached 16 he started to express himself through Hip Hop & lyricism. He experimented and developed his sound at home with a good friend, now a day known as Diztortzion.

As MONOFRESH got older he wanted his music to be heard. The multi talented child prodigy and his group “GNM” tries to compete in Dutch Hip Hop competitions, winning almost every one and gaining a strong fan base throughout The Netherlands. As a result GNM became very popular with promoters, and received requests to perform all over the country.

After some time, the group decided to work on their own solo projects. MONOFRESH received his degree in audio engineering/sound design. He flew out numerous times to Tokyo Japan to work with indie video game developers as a sound designer.

Funky minded Hip Hop with a Jazzy Neo-Soul look is the best how to describe the sound of MONOFRESH.